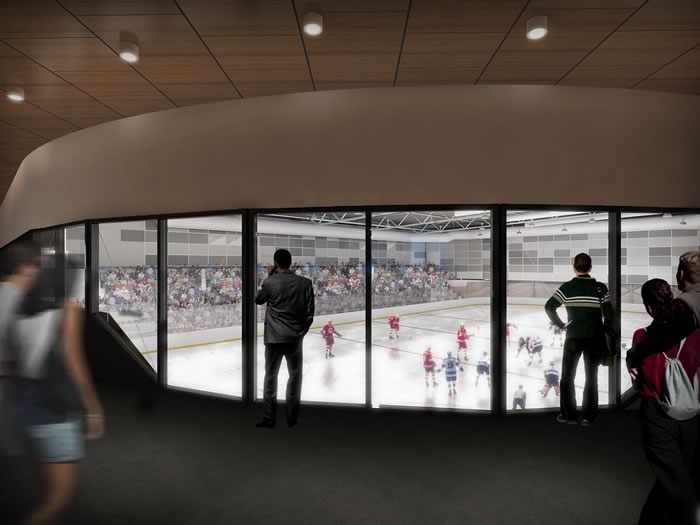 The Icehouse is a high-quality public recreational facility and Australia's national centre for ice sports. As the new home of the Olympic Winter Institute of Australia (a body established by the Australian Olympic Committee to train elite winter sports athletes), it is an official Olympic training centre.

Centrally located in the Waterfront City precinct of Melbourne Docklands, the Icehouse contributes to Melbourne's existing superb array of sporting infrastructure and is an exciting public recreational and entertainment facility.

As well as providing the established Melbourne ice-sports bodies with world-class facilities, the Icehouse encourages Melburnians to ice skate and to take up ice sports. It caters for recreational skating, figure skating, ice hockey, short-track speed skating and curling, as well as dry-land training for skiing and ice sports; it also handles administration and has a specialised winter sports medical centre.

With two international-size rinks, the Icehouse is unlike any other facility in the country. In addition, it features seating for 1,000 spectators, a restaurant and bar from which to watch both rinks.

The opening of the Icehouse marked a major step in a long tradition of ice skating in Melbourne, beginning with the Glaciarium, which opened in 1906 on Southbank, followed by the St Moritz Ice Palais on the St Kilda Esplanade in 1939. The Glaciarium was a highly popular Melbourne entertainment venue for 50 years, and St Moritz for more than 40 years.

Ice hockey and figure skating too have over 100 years of history in Victoria, with the first hockey match played at the Glaciarium in 1907 against a visiting American team. 2009 marked the centenary of the Goodall Cup, Australia's national hockey trophy, believed to be the third oldest ice hockey trophy in the world after the Stanley Cup, which was first played for in 1892.

Figure skating was popularised in Victoria in the 1920s and 1930s and continued to grow, with many Melbourne-based skaters representing Australia at an international level, including a number of Olympic games.

Now, with the proper facilities for competition and training, Melbourne is once again the home to ice sports in Australia and producing the next generation of Australian Winter Olympians.